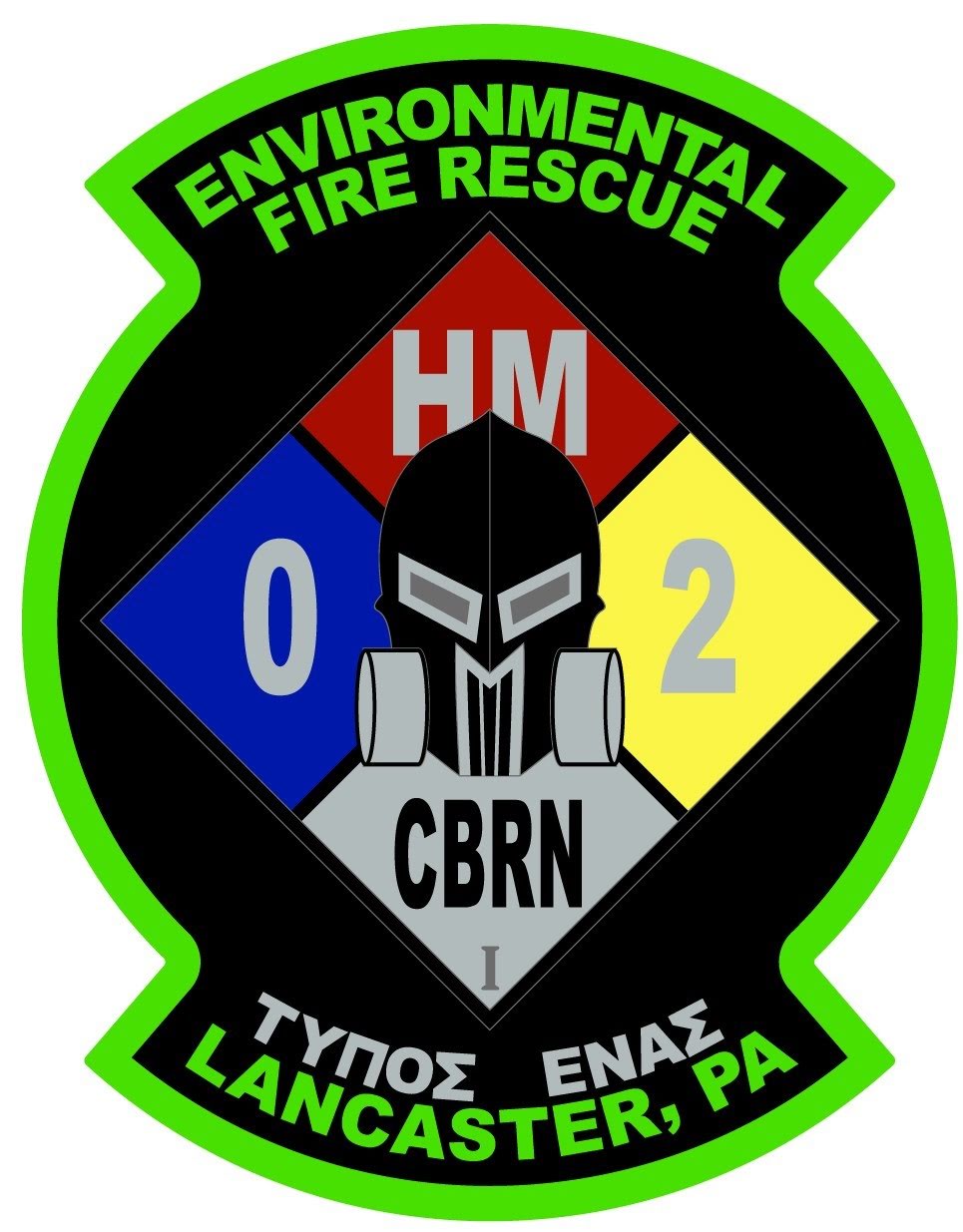 HAZMAT 2 Environmental Fire & Rescue Company is a 501(c)3 organization and a Pennsylvania state-certified hazardous materials response team. Its membership is all-volunteer with the exception of a part-time office manager. The company is contracted by the Lancaster County Board of Commissioners to respond to hazardous material incidents in the county. The team was organized in 1983 by the Eden, East Petersburg, Neffsville and Southern Manheim Township fire companies. In 1993, the team officially chartered and is now a stand-alone organization. The team is financially supported with funds allocated by the County of Lancaster as well as through response cost recovery efforts.

The team is based at the campus of the Lancaster County Public Safety Training Center located at 101 Champ Boulevard. It operates a fleet of several vehicles including HAZMAT 2-1 which carries research materials, monitoring devices and specialized personal protective equipment. HAZMAT 2-2 is a Ford 550 pick-up with a compartmented body that also pulls a trailer that primarily maintains spill control supplies. The trailer also carries a Polaris ATV. HAZMAT 2-3 is a repurposed ambulance that transports team members to emergencies and has additional equipment that can be used to supplement a duty officer response. HAZMAT 2-3 also transports SPECIAL UNIT 2-3 (a DJI M210 drone) that has the ability to provide situational awareness during fire and hazmat calls as well as its ability to assist during search and rescue missions.  Most recently, HAZMAT 2 has introduced Medic 02-10, which is a specialized "Tox Medic" that can be dispatched to working fires with entrapment, hazmat calls and farm accidents involving hazardous materials to provide quicker specialized care and antidotes in these situations. The team also utilizes several utility vehicles that serve as duty and quick response vehicles.

More information regarding HAZMAT 2 Environmental Fire Rescue Company and how to get involved with their organization can be found here: https://hazmat2.org/

The team always has a Duty Officer assigned that can be called upon to provide guidance and support for incidents that may not require a full HAZMAT team response. The duty officer shall be summoned by request through the 9-1-1 center.

The HAZMAT team, in accordance with PEMA Directive D2010-02, must be recertified every four years. This includes a rigorous inspection of HAZMAT team records, reports and equipment by State fire, environmental and emergency management personnel. HAZMAT 2 was last recertified in April of 2016.

The HAZMAT team welcomes the opportunity train with local emergency services. The team can provide a show-and-tell of its equipment to fire department personnel as well as engage in functional exercises. If your department is interested in training with the HAZMAT team, call 717-537-4197.